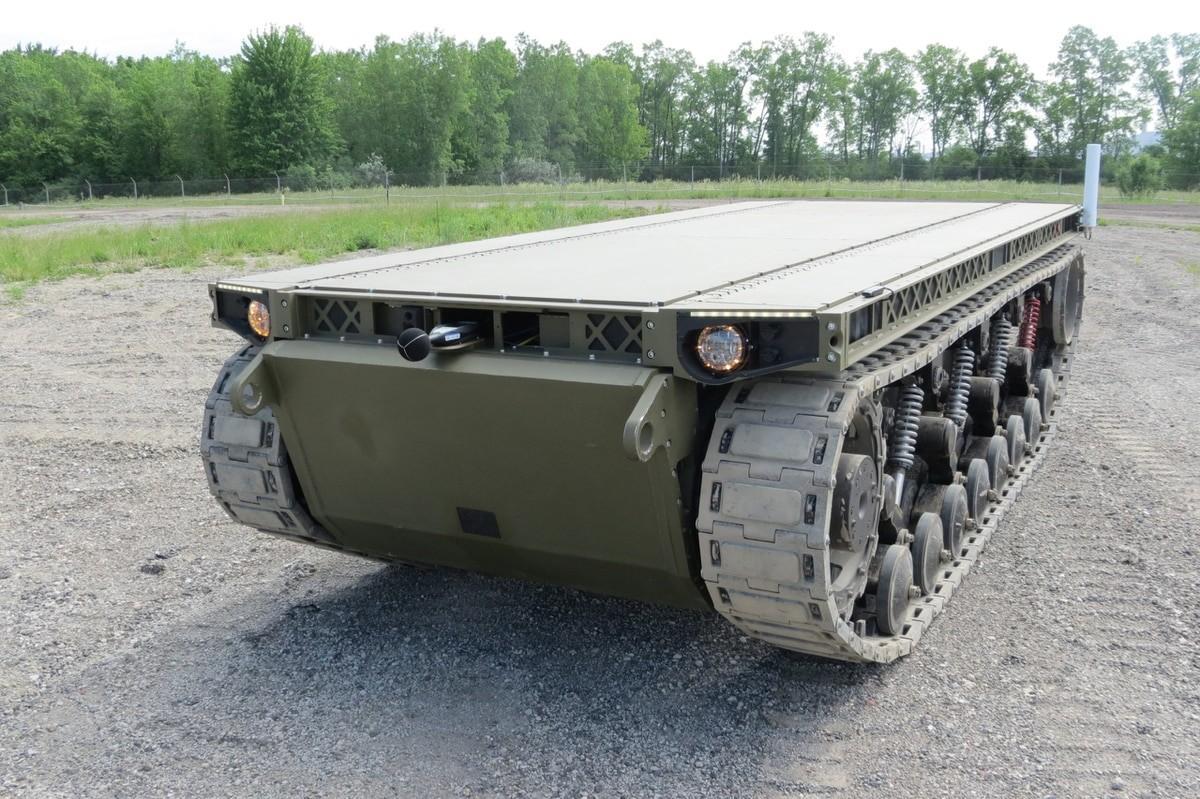 The 10-ton vehicle has a light chassis and its power and size make it an ideal platform for multirole Manned-Unmanned Teaming in modern-day battlefields. The robotic vehicle has been built as an enabling technology in a variety of critical battlefield roles, including direct and indirect fire, autonomous resupply, complex obstacle breaching, counter-unmanned aerial systems, electronic warfare and reconnaissance.

Part of the Robotic Combat Vehicle-Medium (RCV-M) class, TRX has AI-enhanced design and has been made with advanced, lightweight materials.

The business unit is also showcasing its Mobile Protected Firepower (MPF) program, which is the first under the Army Futures Command Cross-Functional Team for Next Generation Combat Vehicle that fills a critical capability gap. The company’s MPF vehicle features a large-caliber cannon and employs a combat proven fire control system. Land Systems is delivering preproduction MPF vehicles to meet the Army’s test and fielding schedule and is looking forward to them being selected for fielding to the Army.

GLDS’  Stryker IM-SHORAD vehicle provides lethal, mobile and survivable air defense against an array of aerial threats.  The IM-SHORAD vehicle is based on the new Stryker A1 chassis and enables maneuver units for critical Multi-Domain Operations. Highlights include on-board target-acquisition capability paired with the Army’s Integrated Air and Missile Defense battle command systems. Armaments include Stinger and Hellfire missiles and a 30mm cannon.