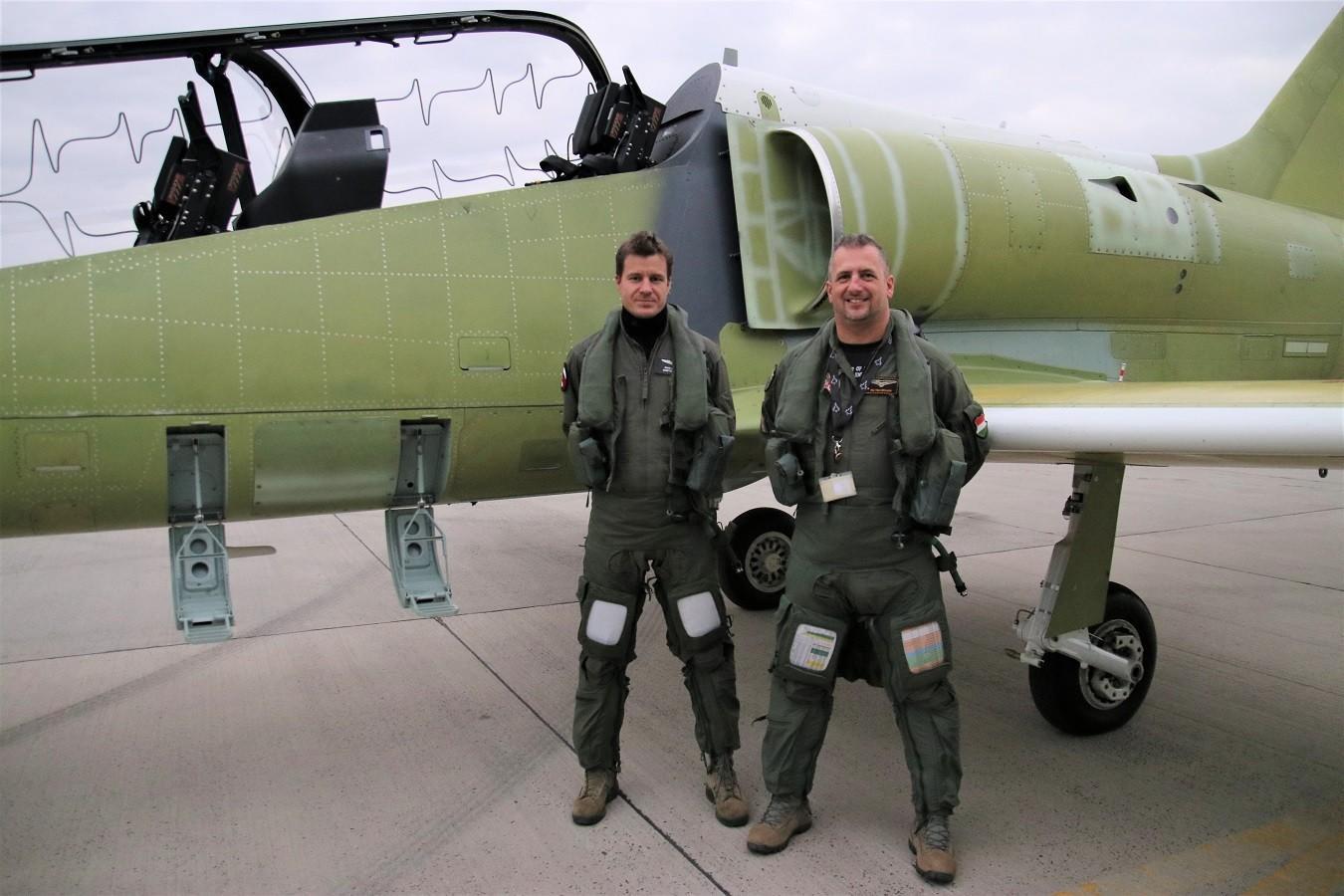 The L-39NG second flight prototype with MSN 7004 landed at the 59th Air Force Base of the Hungarian Defence Forces in Kecskemét, on Nov. 17.  A mixed Czech-Hungarian crew later performed three evaluation flights.

‘Our well experienced pilots flew with the L-39NG and their impression of the aircraft was very positive,” said Major General Nandor Kilian, Chief of the Hungarian Air Force. “The L-39NG is a good and modern training aircraft with a great potential for the future,”

“First, there was an introduction of the aircraft on the ground and pre-flight preparation,” said Aero Vodochody test pilot David Jahoda, who presented the new Czech aircraft to the Hungarian side. “Then two flight instructors from the Hungarian Gripen squadron flew the aircraft in the rear cockpit for instructor. Maj. Tibor Molnar also completed a flight in the front cockpit.”

The L-39NG offers balanced aircraft characteristics and performance while using advanced aircraft technologies, an effective and sophisticated pilot and ground personnel training concept and easy maintenance. The aircraft, which is able to cover multiple training phases, is equipped with five hard-points for weapons. The aircraft also features a broad range of simulation technologies, including the integration into high-tech tactical simulation centers for increasing training efficiency.

In September this year,  the Military Aviation Authority of the Ministry of Defence of the Czech Republic certified the L-39NG aircraft to the new supranational military standards, EMAR 21 and EMACC, which is recognized by all EU and NATO military authorities. Czech company OMNIPOL is a strategic partner of the L-39NG project, with 50% of share and financial contribution in the project.