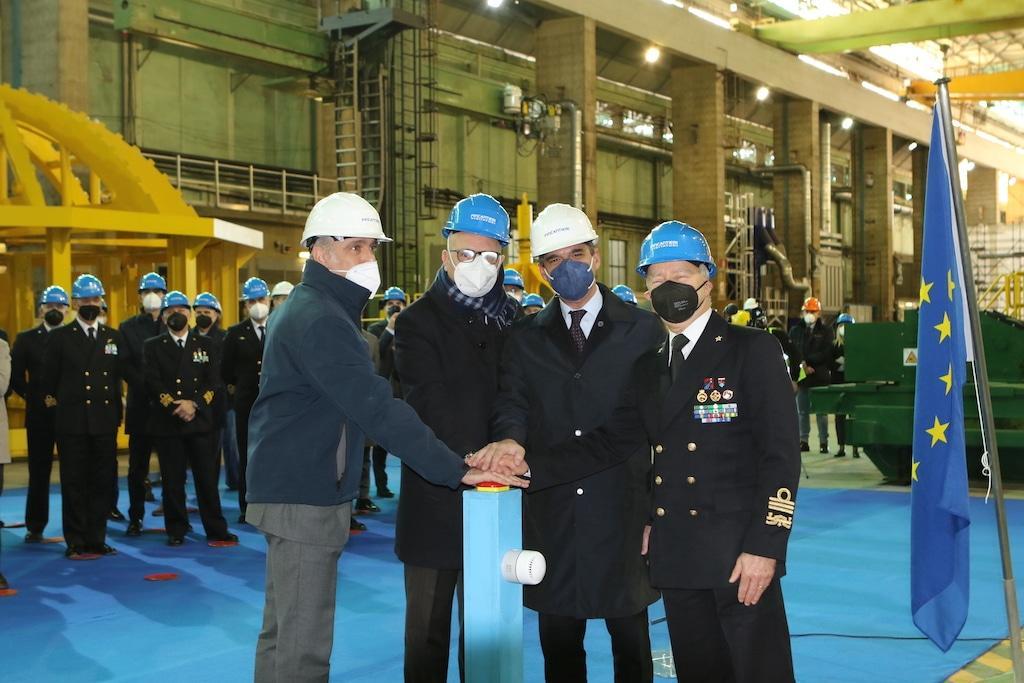 Production activities for the first of two, new-generation submarines being built as part of the Italian Navy’s U212NFS (Near Future Submarine) acquisition programme is underway at Fincantieri’s Muggiano (La Spezia) shipyard. The Italian Navy also has options to receive two additional submarines.

The project is an evolution of the U212A programme carried out in cooperation with the German thyssenkrupp Marine Systems, which resulted in the production of four submarines for Italy – “Todaro”, “Scirè”, “Venuti” and “Romei”, delivered by Fincantieri between 2006 and 2017 – and six for Germany.

The new submarines will be highly innovative, with significant design modifications which will all be developed independently by Fincantieri and the first two deliveries are slated to take place in 2027 and 2029.

The new submarines are to be delivered to cater for the replacement of the four 4 “Sauro” class submarines.

The submarines will carry out many different tasks ranging from purely military missions to operations pertaining to freedom of navigation, anti-piracy, keeping the energy supply routes safe (due to the presence of seabed resources or underwater infrastructure), observance of international law, fighting terrorism, defending external borders, and safeguarding maritime infrastructure, including essential off-shore and underwater infrastructure, not least preserving marine ecosystems.