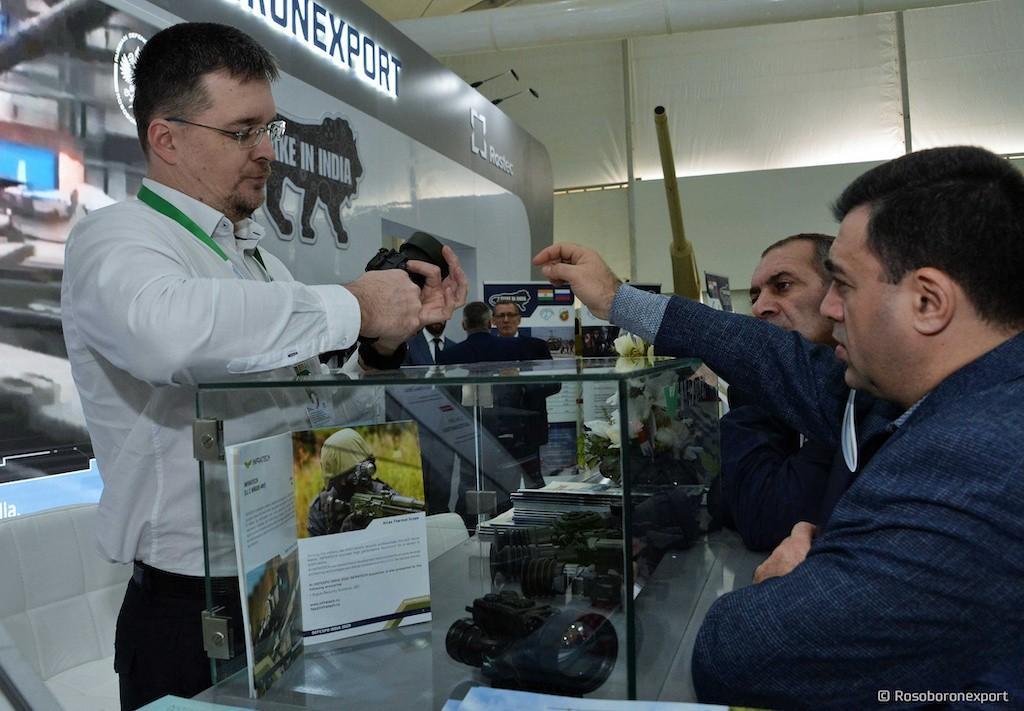 Rosoboronexport (part of Rostec State Corporation) is presenting a wide range of advanced Russian defence technologies at the ongoing Aero India, including an all-new anti-drone system.

More than 200 military platforms are being showcased by the various Russian firms participating at the show.

“Russia and India have been maintaining and building up mutually beneficial strategic partnership,” said Rosoboronexport’s Director General Alexander Mikheev. “Military and technical cooperation between our countries is expanding every year. It is very important for us to have such a strong and reliable partner on the global stage as India. Rosoboronexport is ready to cooperate with India in all areas.

“Currently, we are carrying out joint research works in more than 100 promising areas, including aviation, thus laying the groundwork for the future development of high-tech industries in both countries. We are implementing joint projects for all armed services with such a degree of cooperation between enterprises of the two countries, that is unique for the world market,” added Mikheev.

The new anti-drone system is capable of countering several classes of Unmanned Aerial Vehicles (UAV), which will include complexes of detection, electronic suppression of drones and anti-aircraft missile systems for their physical destruction.

The Russian joint display at the ongoing airshow incorporates exhibits of Rosoboronexport, Shvabe and Almaz-Antey Corporation, along with delegations from United Aircraft Corporation, Russian Helicopters and United Engine Corporation.

Russian air defence and electronic warfare systems including anti-aircraft missile systems Viking, Buk-M2E, Tor-M2E in various configurations, man-portable air defence system Igla-S and the Repellent EW complex against small-size UAVs are on display at the show.  Also being exhibited are the latest Russian UAS such as Orion-E and Orlan-10E.