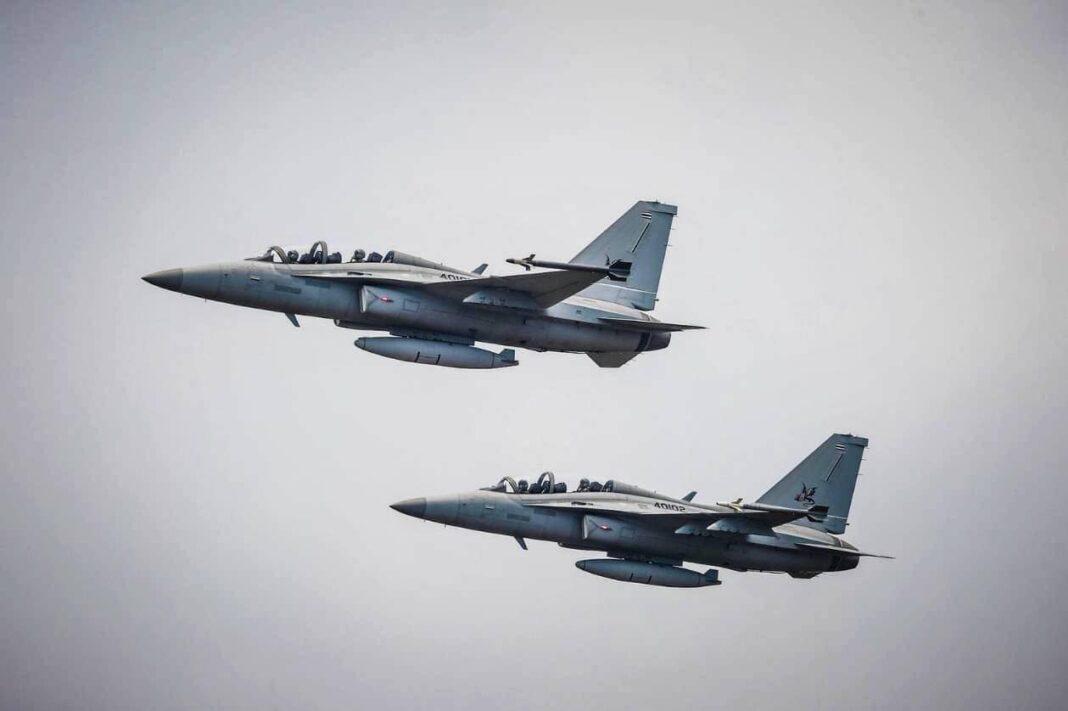 The Royal Thai Air Force (RTAF) has signed a contract worth around US$72 million for two additional T-50TH Lead-In Fighter Trainer (LIFT) jets manufactured by Korea Aerospace Industries (KAI). The purchase had been delayed due to the COVID-19 pandemic.

The RTAF has already received 12 of the LIFT aircraft it has ordered in two separate contracts in 2015 and 2017 respectively. All of the RTAF’s T-50TH aircraft are currently in service with 401 Light Attack Squadron based in Takhli, central Thailand.

In 2015, the RTAF ordered four T-50TH in a contract worth US$110 million. A follow-up contract worth US$260 million for 8 additional T-50TH trainer jets was signed in 2017. Another US$52 million contract for the installation of EL/M-2032 radar, MIL-STD-1760 databus, Radar Warning Receiver (RWR) and related avionics to upgrade the aircraft to full combat-capable status was awarded in 2019.

The T-50 Golden Eagle is a family of advanced jet trainer and light combat aircraft designed and manufactured by KAI. Developed in a joint project between KAI and Lockheed Martin since 1992, the aircraft performed its first flight in 2002 and was introduced into the Republic of Korea Air Force (ROKAF) service in 2005. Powered by a General Electric F404 afterburning turbofan engine, it can reach a maximum speed of Mach 1.5 at 30,000 ft as well as a maximum range of 1,851 km under cruise speed.

In combat configuration, the aircraft is equipped with a 20 mm caliber, three-barrelled General Dynamics A-50 rotary cannon. It also can carry up to 3.7 tons of armament with its seven weapon pylons (three on each underwing, one under fuselage), ranging from advanced air-to-air missiles, ground attack missiles, rockets as well as various bombs.

Other than South Korea and Thailand, the air forces of Indonesia, Iraq and the Philippines are also operating the T-50 or its light fighter variant, the FA-50.