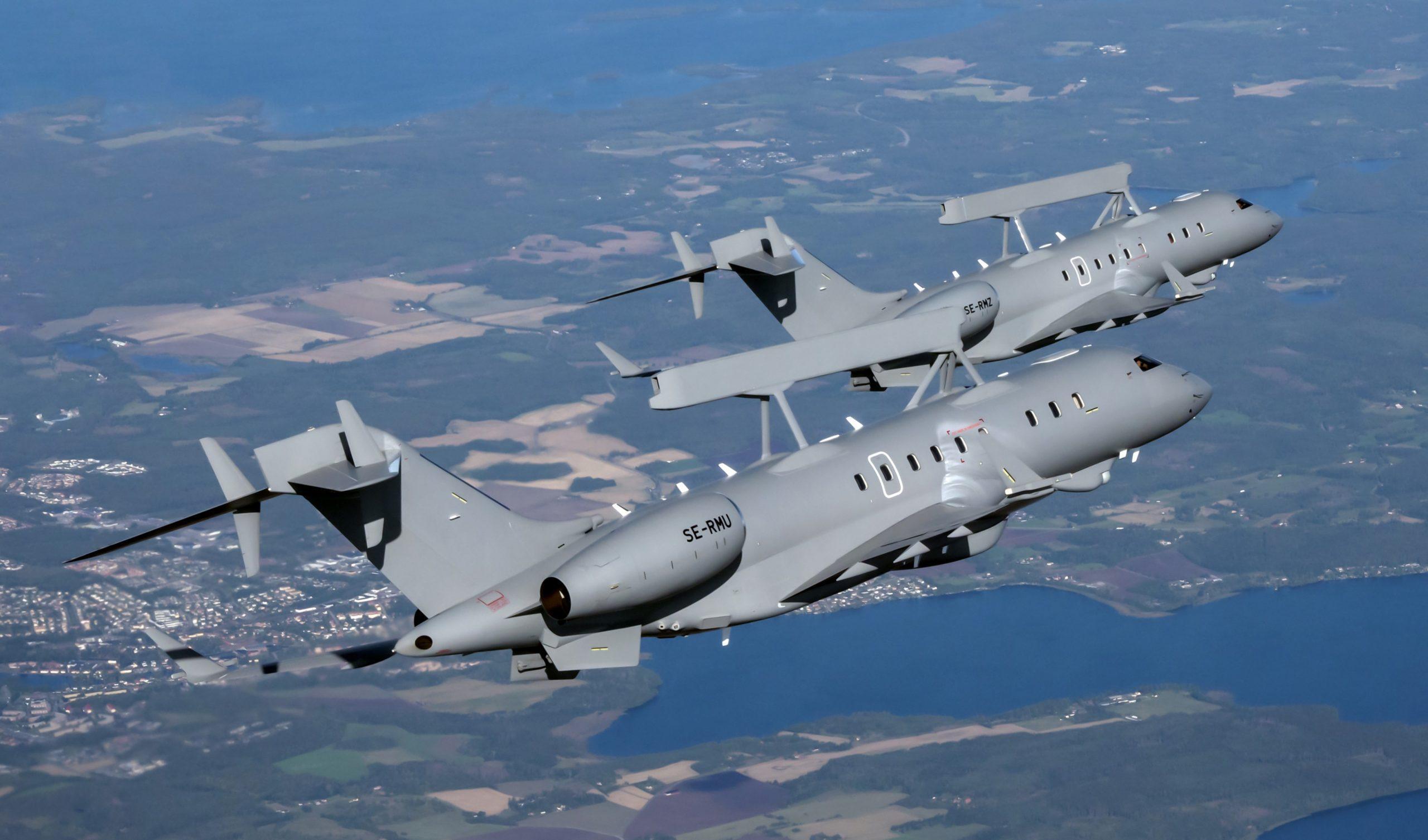 “Our main focus continues to be GlobalEye for the ROKAF’s pending AEW-2 requirement,” a company official told Daily News. Saab has made no secret of its willingness to offer the GlobalEye to meet the ROKAF’s requirement for a next-generation surveillance system.

The Swedish firm has earlier demonstrated to its many customers, a proven ability to offer high-end military equipment and technologies at a competitive price, while meeting long-term commitments for maintenance and support, allowing it to cater to the requirements from nations that desire a greater sovereign capability, which is possible due to Sweden’s non-aligned status.

“There is also an important opportunity to work together on Saab’s GlobalEye advanced AEW&C system; a next-generation strategic capability which can revolutionize Korea’s ability to protect its territory in every domain,” Håkan Borin, Head of Saab Korea told Daily News prior to the commencement of the airshow.

A multi-domain surveillance asset capable of working across air, land and sea all the same time, the GlobalEye system represents the future of Airborne Early Warning & Control (AEW&C), going beyond the limitations of today’s aging, single-role, legacy platforms which are expensive to procure and operate.

Saab has already completed the delivery of three GlobalEye aircraft to its launch customer, the United Arab Emirates (UAE) in less than a year. Saab completed the aircraft deliveries in April and September 2020, followed by the third in February this year. The UAE has a total of five aircraft on order and refers to its aircraft as the ‘Swing Role Surveillance System’, underlining its unique multi-domain capabilities.

Saab notes that the GlobalEye delivers capabilities going beyond any other in-service AEW&C platform, due to its design solution that delivered a platform that was both sophisticated but simple to maintain and operate.

Korea has been identified as a potential customer with a near tem requirement – specifically a follow-on buy to the existing ‘Peace Eye’ aircraft acquired from the US almost 17 years ago. Saab says that the GlobalEye can be seamlessly integrated into any existing force structure to work together with existing assets, as well as delivering a huge leap forward in next-generation capabilities.

“There is also an important opportunity to work together on Saab’s GlobalEye advanced AEW&C system; a next-generation strategic capability which can revolutionize Korea’s ability to protect its territory in every domain,” Håkan Borin, Head of Saab Korea

GlobalEye combines Saab’s all-new Erieye-ER S-band AESA radar (which uses Gallium Nitride technology) along with several additional advanced sensors, that are installed on an ultra-long range and Bombardier Global 6000 aircraft. Saab has also integrated a sophisticated and brand new command and control system at the heart of the GlobalEye design.

Amongst the sensors carried aboard the aircraft, include a Leonardo Sea Spray 7500E maritime surveillance radar, electro-optics, ELINT/SIGINT plus communications, datalinks and self-defence equipment. Saab’s expertise as a provider of high-technology solutions allows it to be in control of every critical part of the GlobalEye programme ranging from sensor development and integration. The result is a multi-role aircraft capable of performing simultaneous surveillance operations at very long ranges in the air, over land and at sea.

A single GlobalEye can effectively function, not only as an AEW&C but also as a Maritime Patrol Aircraft (MPA) and a Joint Surveillance and Target Attack Radar System (JSTARS), all in a single platform. Its advanced sensor system is highly effective against high-speed and so called ‘stealthy’ targets while at the same time capable of detecting small and slow targets such as UAVs, missiles and even hovering helicopters.

The GlobalEye made its public debut during the 2015 Dubai Airshow when the UAE Air Force emerged as the launch customer with an order for two aircraft (and several other programme components) valued at USD1.27 billion.