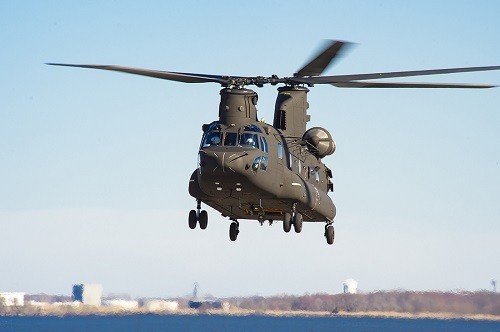 The U.S. Army is continuing to modernize its heavy-lift helicopter fleet with an order for two more Boeing CH-47F Block II Chinooks and long lead funding for additional aircraft.

The CH-47F Block II Chinook has redesigned fuel tanks, a strengthened fuselage and an enhanced drivetrain.

Last year, the Army awarded Boeing a $136 million contract for the first four CH-47F Block II aircraft, which began production in April 2022. The Lot 2 order valued at $63 million brings the total number of aircraft under contract to six. The separate Lot 3 advance procurement contract is valued at $29 million.