Defence Ties Between Japan and Vietnam Set to Expand 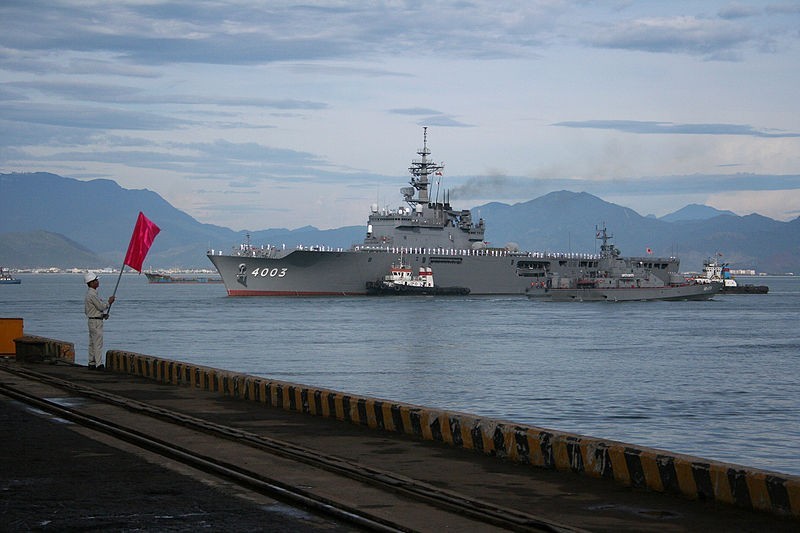 During Japanese Defence Minister Nobuo Kishi’s first trip overseas after assuming the post, he said Japan will expedite talks with Vietnam to sell Self-Defense Forces’ vessels. Vietnam is the 11th nation with which Japan has signed a defence equipment and technology transfer deal.

Tokyo is looking to expand military cooperation beyond its long-time ally the US, and has signed similar agreements with Britain, Australia, the Philippines and Indonesia.

Defence Minister Kishi and his counterpart Giang shared the view that under the “Japan-Vietnam Defense Cooperation at the New Level,” Japan and Vietnam will contribute more proactively to the peace and stability of the region and the international community, by making specific efforts utilizing their respective advantages and resources.

Based on the achievements at the Japan-Vietnam Defense Ministers’ Meeting in September 2021, the Ministers reconfirmed the promotion of further cooperation in the field of peacekeeping operations. In this context, Minister Giang requested that Japan share knowledge to assist Vietnamese preparation to participate in UNISFA. Minister Kishi expressed his strong appreciation to Vietnam for its proactive stance towards the peace and stability in the international community through its participation in peacekeeping operations.

In response to Minister Giang’s request, Minister Kishi stated that Japan will provide necessary cooperation, including dispatching Japanese experts comprising mainly of Japan Ground Self-Defense Force’s personnel to Vietnam. Minister Giang expressed his appreciation, and the Ministers consented to proactively continue this collaboration as a model case of “Japan-Vietnam Defense Cooperation at the New Level.”

The two ministers shared the view that they will continue to accelerate consultations for the transfer of specific equipment including naval vessels and related equipment in light of the Japan-Vietnam Defense Equipment and Technology Transfer Agreement signed in September 2021.

Minister Kishi reemphasized the view that the “ASEAN Outlook on the Indo-Pacific (AOIP)” and “Free and Open Indo-Pacific (FOIP)” share fundamental principles, and stated that Japan‑Vietnam defense cooperation reaching a “New Level” holds great importance for realizing AOIP and FOIP.

The ministers shared the view that, in accordance with “Japan-Vietnam Defence Cooperation at the New Level,” Japan and Vietnam will continue to engage closely to organise the “Japan-ASEAN Cyber Security Training Program for Defense Authorities” announced by Minister Kishi at the 6th Japan-ASEAN Defense Ministers’ Informal Meeting, including future possibilities to host an event at the Army Software Park in Nha Trang, Vietnam.