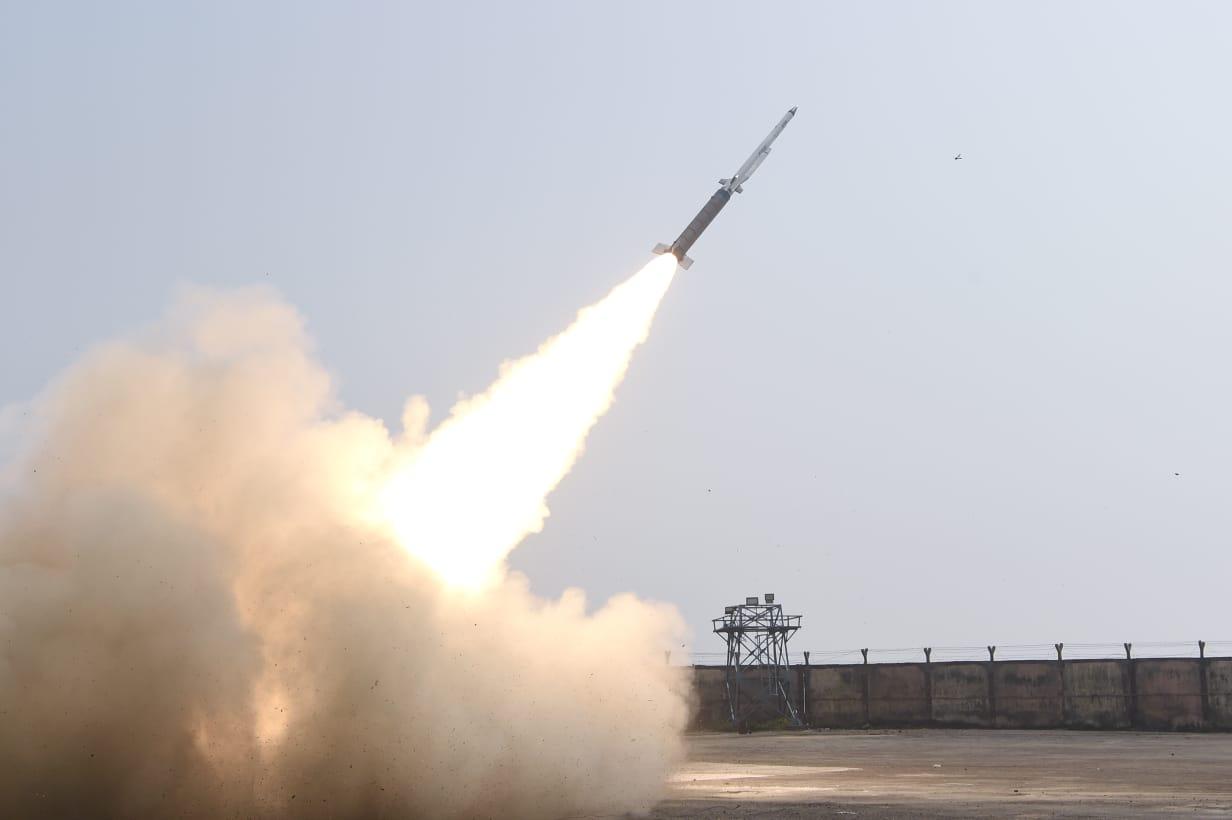 The SFDR powered flight test was conducted at the Integrated Test Range Chandipur off the coast of Odisha on India’s eastern seaboard.

During the test, air launch scenario was simulated by the ground booster and subsequently the nozzle-less booster accelerated to the required Mach number for ramjet operation.

According to DRDO, the latest test was significant as many new technologies were tested and proven including Solid Fuel based Ducted Ramjet technology.

“All the subsystems including the ground booster motor and nozzle-less motor performed as per the expectation,” the DRDO’s official twitter channel informed.

The separation of ground booster was also as planned.

The  technology demonstrator flight test for a SFDR propulsion based missile first took place in 2018 during which the technology for a nozzle less booster was successfully demonstrated for the first time in India.

The second flight of the indigenously developed SFDR propulsion based missile system took place in February 2019.