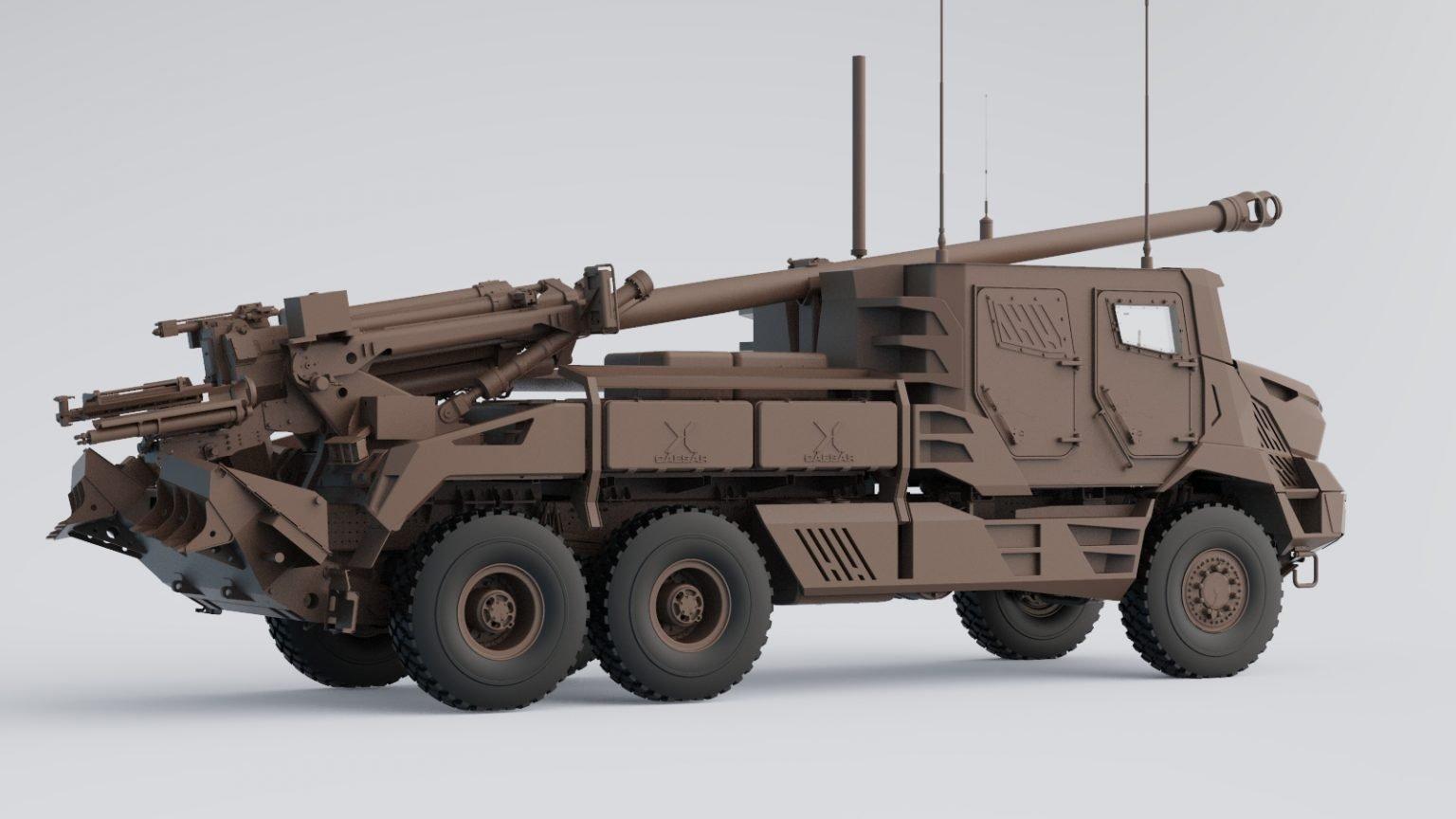 The Belgian armed forces’ Land component will receive nine Nexter CAESAR 6X6 Mark IIs from 2027. The French Defence Procurement Agency (DGA) has ordered these artillery systems and a notification as part of the intergovernmental agreement on the second motorized capability (CaMo 2) has been signed by the Belgian Defence Minister Ludivine Dedonder and French Armed Forces Minister Florence Parly.

Moreover, this order from a strategic partner of France confirms the success of the CAESAR and the confidence placed in this system even before the 6X6 MkII version entered service in the French Army.

The CAESAR 6X6 Mark II is equipped with a new engine (460 HP compared to 215 HP previously), a new automatic gearbox, and a new generation chassis.

It carries the latest version of fire control software, and the cab is prepared to accommodate the new CONTACT radio. Thales’ BARAGE jammer can also be installed on the CAESAR 6×6 MkII.

The CAESAR is a 155mm artillery system mounted on a truck chassis. Being the lightest in its class, it demonstrates unmatched tactical, operational, and strategic mobility. It is air-transportable in an A400M or even a C130 for the 6×6 version, is suitable for light infrastructure, and consumes very little fuel.

The 155mm/52 caliber gun is the only one in the world to be “long-range proven” in conditions close to high-intensity combat. It has demonstrated this within the Task Force Wagram in Iraq from 2016 to 2019, with nearly 18,000 rounds fired in outdoor temperatures close to 50°C.

The CAESAR is an excellent solution for high-intensity combat that can be put in and out of battery in less than 45 seconds, fire 6 rounds per minute, and resupply very quickly (18 rounds/minute) in order to maintain its mobility, the only effective protection against modern guided munitions.

The CAESAR 6×6 MkII retains the artillery system of the version already in service but its main improvements concern crew protection and mobility. Nexter is adding a level 2 STANAG mine and ballistic armored cabin, resistant to improvised explosive devices and small-caliber ammunition. The vehicle’s mobility has been entirely redesigned by Arquus.