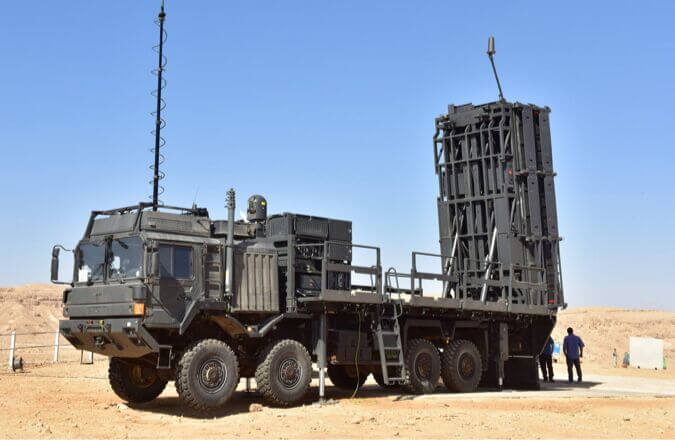 The Philippine Air Force (PAF) is receiving a battery of SPYDER Medium Range Air Defense Systems (SPYDER-MR ADS) from Israel. Pictures from Philippines defense enthusiasts’ social media show its arrival at what was likely the Manila harbor on Tuesday (Sept. 27).

The delivery is part of a 2019 contract worth over USD141 million awarded to Rafael of Israel for three batteries of SPYDER-MR ADS. The PAF announced in July this year that the first two batteries will be delivered by the last quarter of 2022, with the third to be delivered next year.

As part of the PAF’s Ground Based Air Defense System (GBADS) project, Rafael’s Surface-to-air Python and Derby (SPYDER) was selected to provide short-to-medium range air defense in the Southeast Asian country. The SPYDER-MR system as ordered by the Philippines consists of three batteries, each mounted on a Czech-made Tatra 8×8 truck, Command & Control Units, Missile Supply, and Service vehicles.

A SPYDER-MR system can contain either Python-5 missiles, Derby missiles, or a combination of both. The infrared-guided Python-5s are used for short-range interception up to 12 km, while the active radar-homing Derby missiles are for medium-range up to 50 km range.

Both missiles have a maximum speed of Mach 4 with a maximum flight altitude of 9,000 m for Python-5, and 16,000 km for Derby missiles.

The SPYDER ADS have been exported to nine countries outside Israel. In the Southeast Asia region, the Philippines is the third country after Singapore and Vietnam that acquired the system.