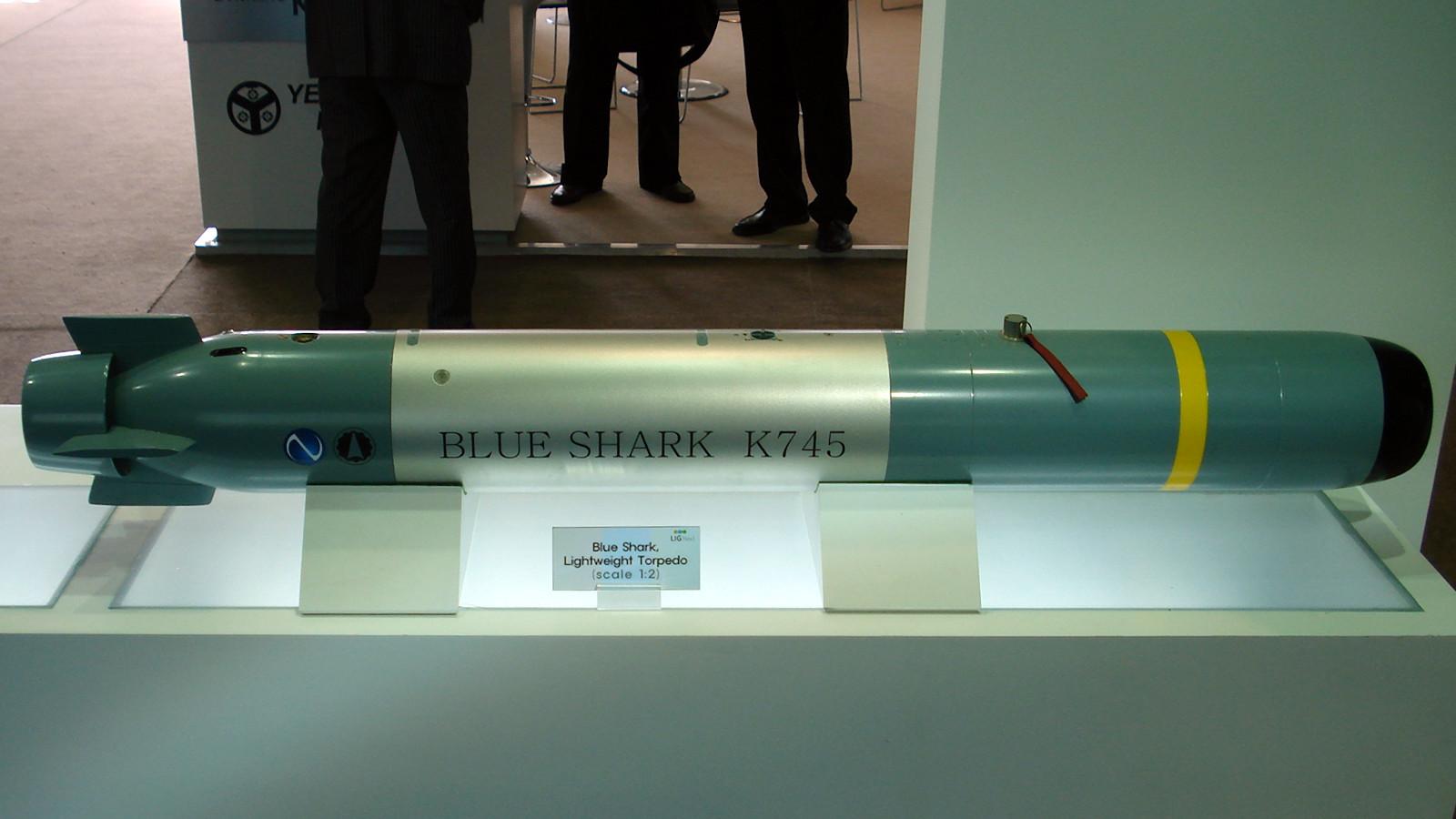 The Philippine Navy (PN) is in the process to acquire an undisclosed quantity of K745 Blue Shark torpedoes from South Korea. The torpedoes will arm the service’s BRP Conrado Yap (PS-39), a Pohang-class corvette transferred from the South Korean Navy in 2019.

In addition, the K745 torpedoes will also arm the second Pohang-class corvette that is expected to be transferred to PN soon.

Made by South Korea’s LIGNex1 company, the K745 is an acoustic-guidance light anti-submarine warfare (ASW) torpedo capable to be deployed from surface ships, helicopters, and maritime patrol aircraft. With a length of 2.7 meters, and a diameter of 0.32 meters the 280 kg torpedo has a maximum speed of over 45 knots, as well as a maximum range of about 19 km.

Aside from torpedoes, the PN will also acquire additional Spike ER missiles from Israel. The Israeli-made missiles will arm some of the service’s nine Shaldaq Mk V-class patrol boats, of which two boats were recently delivered from Israel Shipyards to the Philippine Navy. In this configuration, each launcher consists of eight Spike missile tubes.

The Spike Extended Range (Spike ER) is a land/surface-attack missile developed and manufactured by Israel’s Rafael Advanced Defense Systems. With a dimension of about 1.67 meters in length and a diameter of 170 mm, the Spike ER has a maximum range of 8,000 meters and is equipped with a tandem warhead capable to penetrate up to 1,000 mm of Rolled Homogenous Armor (RHA) steel.