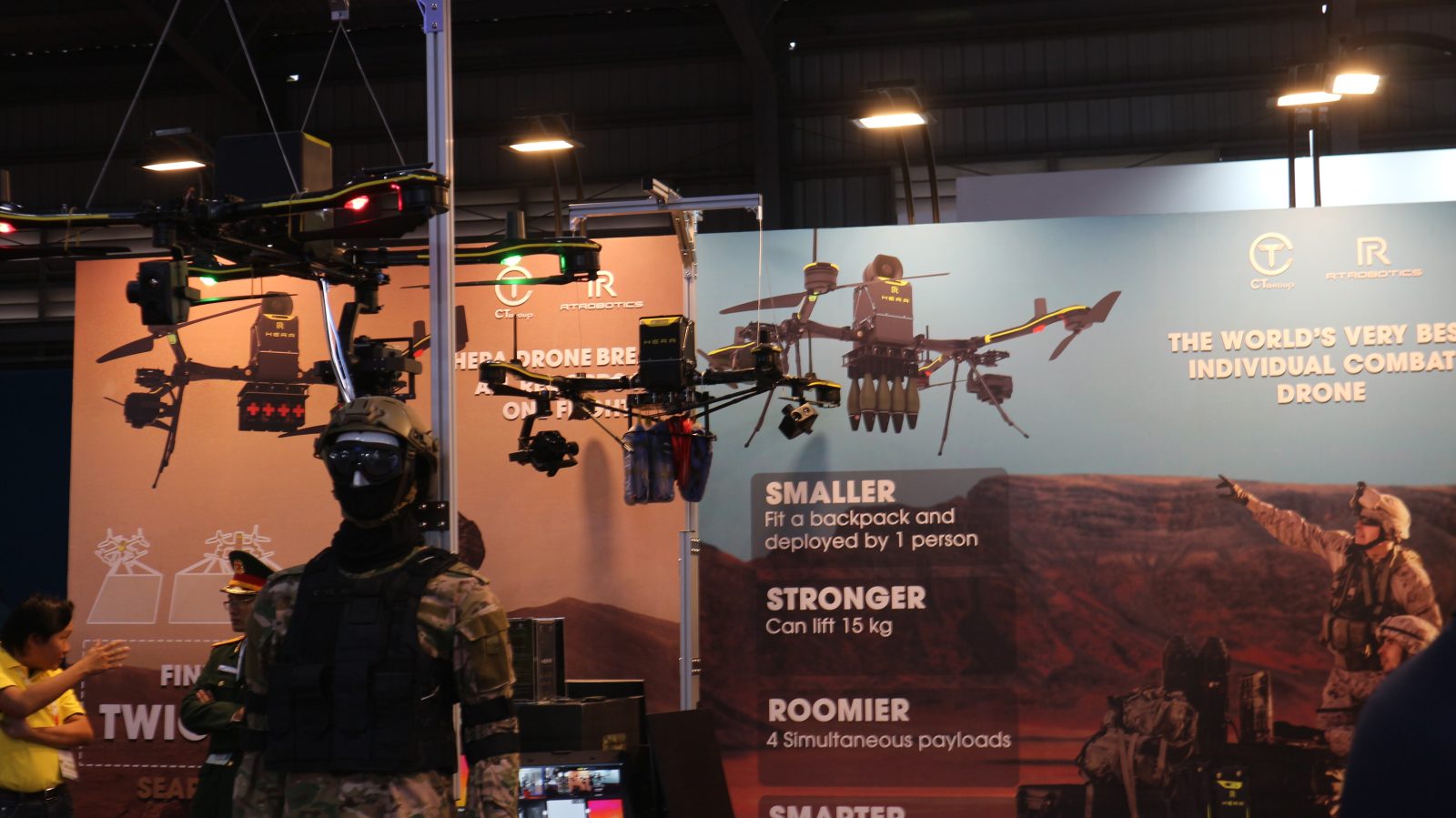 RealTime Robotics Inc (RtR) is highlighting the capabilities of the Hera unmanned aerial vehicle, which is being exported to the U.S., at the ongoing show.

According to Luong Viet Quoc, RtR General Director, the company has announced a cooperation with CT Group to provide Hera drones for the security and defense sector in Vietnam. Hera has been developed for application in security and defense with three features: Hera search and rescue, Hera reconnaissance/combat and Hera flying 24/7.

HERA has also been selected by RMUS, a unit specializing in providing Drones for the US police. Hera’s current price is about $25,000-30,000 per unit, which is 20-30% higher than the market. However, the features of the drone are such that customers in the US are willing to buy the device despite the higher price, Quoc said.

According to Quoc, Hera ensures information security and has features far superior to other drones in the same segment produced by other NATO’s countries.

Hera is compact enough to be stored in a personal backpack but has a lifting capacity of up to 15 kg. Many different types of cameras can be attached to the drone, thereby increasing its ability to have multiple targets visible day and night. The UAV can perform multi-tasking such as reconnaissance, combat, rescue, communication, fire prevention, and radiation detection.